By The Hidden Genius ProjectJanuary 27, 2020 No Comments

The U.S. consumer technology industry generates hundreds of billions in revenue each year. From Silicon Alley to Silicon Valley, the tech industry represents the pinnacle of success. Yet minorities remain critically underrepresented in the field, drastically cutting billions in potential tech revenue.

Studies conducted by TechRepublic between 2014 and 2018 revealed the low percentages of non-Asian, minority workers at major tech companies, such as Google, Twitter, Pinterest, and eBay. A more recent study by Statista shows minority representation in the tech industry increasing slowly and steadily, but not enough to match the number of youth exploring the field. 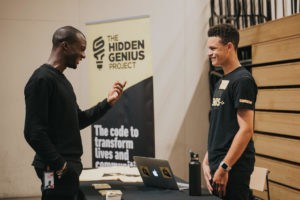 That is where programs such as The Hidden Genius Project have stepped in and made their mark. The Oakland-based program is the brainchild of Executive Director Brandon Nicholson and several other entrepreneurs, who developed The Hidden Genius Project to mentor Black youth in technology creation, leadership, and entrepreneurship, transforming lives and the community in the process.

In The Hidden Genius Project’s empowering and supportive environment, high school students can participate in two development tracks. Students can take advantage of the Intensive Immersion Program, a 15-month intensive, which coaches students through two seven-week summer sessions and one academic year, or follow the Catalyst plan, which offers workshop-based programming and other events that provide guidance and support episodically. Teens who participate in the pipeline intensive also look forward to weekly business trips, during which they are introduced to a specific company and are given the chance to network.

According to The Hidden Genius Project Communications and Administrative Associate Denzel Russell, the trips are transformative, helping teens to reimagine their future trajectories.

“At every business trip, our youth meet folks who look like them. In those offices, they see themselves – that they are not an anomaly,” Russell said.

“We do have connections and internships in place, but sometimes, our youth make those connections on their own,” Russell said.

One such connection led two alumni and one current student of The Hidden Genius Project to showcase their talents at our 2019 AfroTech Conference, where they participated in AfroTech’s first-ever Youth Pitch Competition. The winner, alumnus Brandon Bazile, along with his meal swapping business concept, were featured on our website.

Now, eight years since the inception of The Hidden Genius Project, Nicholson reflects on his vision for the future and for the young people in his care, reframing the narrative about the digital divide and minority underrepresentation in tech:

“The best of what the future holds for our young people hinges on their ability to proceed with an entrepreneurial mindset. They frequently encounter people, narratives, and institutions that undermine their potential and their confidence, but that does not have to define who they believe themselves to be.”

Nicholson added, “Our work is not about getting black youth caught up; rather it is about providing them a platform to demonstrate their innate brilliance and to accumulate the skills necessary to build from there.”

Indeed, that platform is yielding results. Team members at The Hidden Genius Project revealed that over 6,210 students have been served since its inception, and its annual report boasts a 96-percent retention rate for Intensive Immersion Program students. Ninety-five percent of its students go on to graduate from high school. Through the course of its expert tutelage, The Hidden Genius Project teaches youth that there is power in building community. That power is evidenced by the community sponsors, who provide the meals that feed the minds of eager students, and by the 250-plus volunteers that assist youth each year. It is also revealed by more than 50 youth educators — alumni of The Hidden Genius Project’s Intensive Immersion Program — who have returned to coach those who follow in their footsteps. The collective effort is making a difference.

“That is the shared power of the work we do,” said Russell. “When you provide that spark, when you match our young people with passion and technology, they take off and run with it – and keep going.”

With the wind at their backs, these remarkable youth are sure to keep racing ahead to brilliant futures — igniting the minds and the talents of those around them. 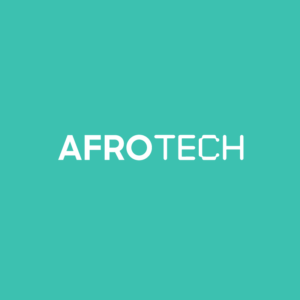