By The Hidden Genius ProjectMay 23, 2018No Comments 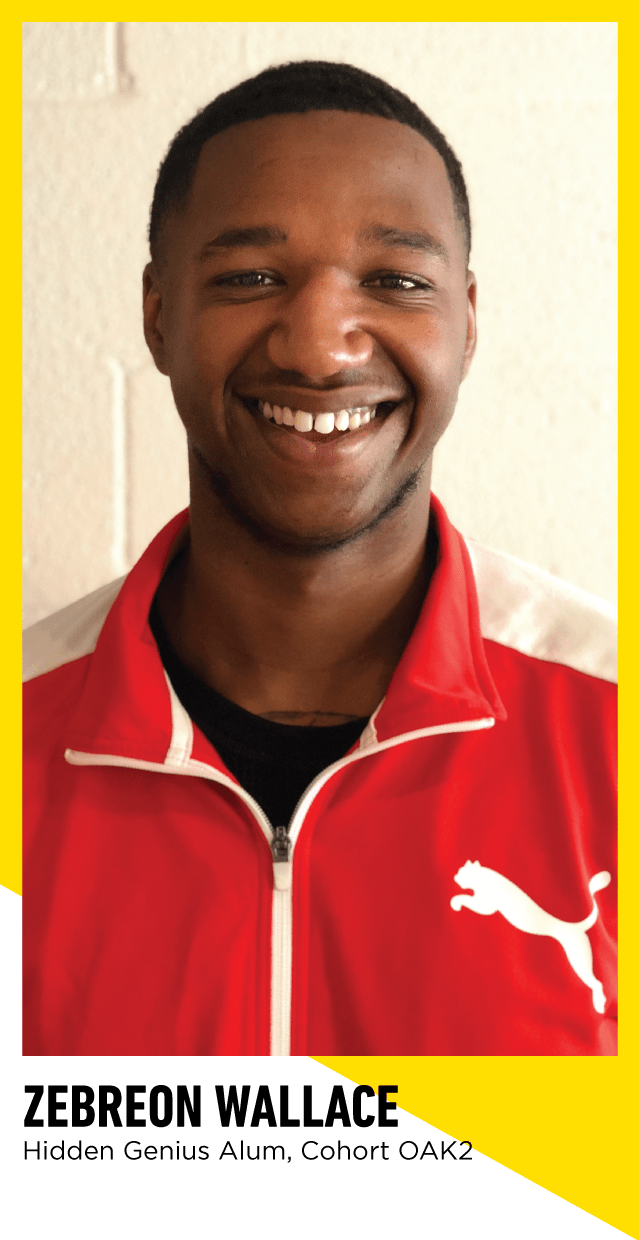 “The Hidden Genius Project reminds you who you have; it’s one big family,” says Zebreon Wallace, OAK2 Hidden Genius Alum. “Whatever you need, they are just a phone call away. You just need to make the call.”

Zebreon admits networking wasn’t always easy for him. “When I first joined [the Intensive Immersion Program], I didn’t have a lot of confidence talking to people.” He attributes The Hidden Genius Project for providing a safe, encouraging space for him to develop his leadership skills. “Here you can be yourself,” says Zebreon. “You can’t find too many places where you can be yourself and stay focused and still do well.”

Since graduating from The Hidden Genius Project, Zebreon has remained in touch with his peers and mentors from the program. After his first year of college in Oklahoma, he returned to the Bay Area due to financial constraints. While the decision was not an easy one, his return to the East Bay afforded him a set of opportunities, including the benefit of being closer to his community and network. Zebreon landed a job as an intern with The Hidden Genius Project, providing direct support to students in the Intensive Immersion Program. “I help with the program, being an example for the younger students, but I also learn from them; the younger cohorts are always teaching me something.”

In his role as an intern, Zebreon continues to build upon his leadership skills, taking on responsibilities such as representing The Hidden Genius Project at college fairs, and serving as a tour guide during recent Student Interview Days. He shares his excitement for future cohorts coming up behind him, including his younger brother who will apply when he is in high school. “I can tell it’s just getting bigger and bigger. It’s exciting to know I was one of the first people in the program.”

Now a student at Merritt College, majoring in Criminal Justice, Zebreon is committed to paying forward the program’s investment in him, and ready to answer the call for the next generation of Genius.

Since 2012, more than 3,100 students have revealed their genius through our
Intensive Immersion and Catalyst Programs, and so many more are waiting to shine.