The Hidden Genius Project in Downtown Oakland recently had a nationally renowned special guest visit the organization. Broderick Johnson, Chair of President Obama’s My Brother’s Keeper Alliance Advisory Council, former member of both the Obama and Clinton Administrations, and current Executive Vice President of Digital Equity and Public Policy for Comcast, met with members of the organization. He marked his visit by making a surprise donation of free laptops to the 40+ Geniuses in attendance.

The Hidden Genius Project trains and mentors Black male youth in technology creation, entrepreneurship, and leadership skills with the aim to transform their lives and communities.

The event featured a fireside chat during which Mr. Johnson was interviewed by Hidden Genius alumnus Kevin Butler, 22, of Oakland, who studied computer science and is now an educator and entrepreneur. Mr. Butler founded a startup called TechZen Collective, which supports artists seeking to participate in Web 3.0 and creates Non-Fungible Tokens (NFTs) to showcase their work.

The discussion covered a range of topics including Mr. Johnson’s previous roles in both the Obama and Clinton Administrations, his experiences as a young Black man growing up in Baltimore, and how he stayed focused on achieving his goals despite numerous obstacles. Among the inspiring advice he shared with the Geniuses: “Don’t let anyone sell down your dreams. Rise above all that.”

Mr. Johnson also shared an expression he coined, “Make exceptional no longer the exception,” and invited the Geniuses to talk about what the saying meant to each of them and how it might apply to their lives. Mr. Butler encapsulated his own feedback by saying, “Normalize genius. None of the challenges you face as young Black men should be a limiting factor to your potential.”

The Hidden Genius Project partnership showcases Comcast’s long-standing investment in diversity, inclusion, and equity by empowering the Geniuses with digital training and leadership skills. Furthering its commitment to Oakland, Comcast has also established more than 20+ Lift Zones in the area. Lift Zones provide free high-speed WiFi from Comcast in community centers and other locations to allow students, seniors, and families to get online and more fully participate in the digital economy.

Comcast has also twice selected Oakland as a RISE Investment Fund Grant city, making $2 million in cash contributions to 200 diverse-owned small businesses in the city. In fact, the location at which the event was held, Geoffrey’s Inner Circle, was a RISE recipient.

The Hidden Genius Project was founded in 2012 by five Black male entrepreneurs/technologists who were unnerved by the dramatic gap between high unemployment among young Black males and the abundance of career opportunities within the technology sector. To address the challenge, the founders established a program to connect young Black males with skills, mentors, and experiences that they need to become high-performing entrepreneurs and technologists in a 21st century global economy. The Hidden Genius Project has served more than 8,400 students and offered more than 612,800+ hours of direct training.

“The tremendous impact that The Hidden Genius Project has made in the lives of Black male youth in Oakland, Richmond, and the East Bay is the reason we’ve been a partner since 2014 and have steadily increased our support and commitment to the organization,” said Mr. Johnson. “I’m delighted that our ongoing support will enable the organization to continue its important mission and potentially expand to other cities across the country, helping even more Black male youths.”

In a touching moment, following the laptop giveaway, many of the Geniuses approached Mr. Broderick to autograph their laptops which he happily did. 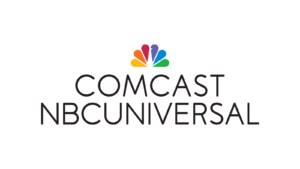