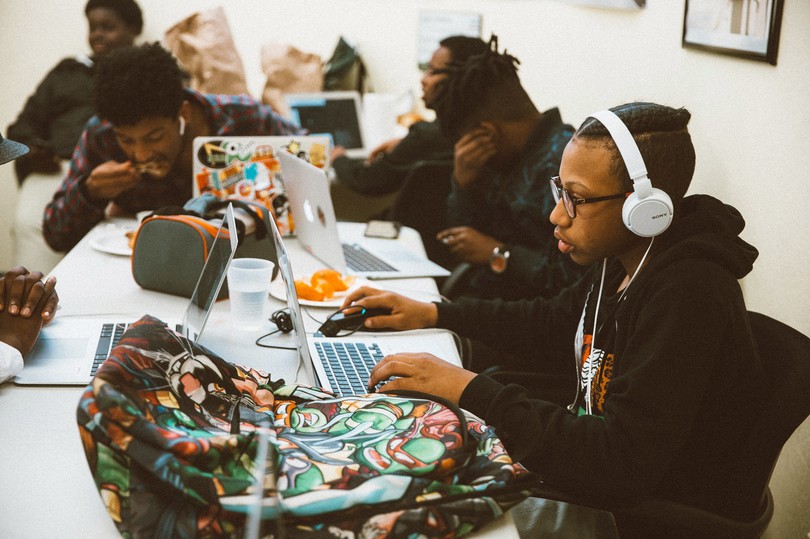 Coding the Way to a Transformed Future

Prior to joining The Hidden Genius Project, James Green saw only two paths for his life: “All I ever saw for myself was being and dying in Oakland or ending up in Santa Rita [jail].”

His mother had mentioned the program to him about four years ago when he had dropped out of high school during sophomore year. “My mom was really nervous and trying to get me back on track for something–just anything,” he recalls. “She was just nervous for her son. So, she found out about this program about coding and I’m like, ‘Negative. That does not sound like it’s it.’”

James brushed off his mother’s nudges, but when his barber mentioned it one day, his curiosity was piqued: “I’m like, why is my barber talking about this? Maybe it’s a little more than I think. So, I looked into it a little more.”

Boldly, he applied for The Hidden Genius Project’s Intensive Immersion Program—a 15-month holistic mentorship experience that provides computer science, software development, leadership, and entrepreneurship training to black male high school students. The last piece came naturally to him, he says, as he grew up with an enterprising spirit, but never knew how to develop it. Weeks later, the news came—he’d been accepted. And with that acceptance he began to discover a new way to learn—a more relatable way, one that kept him invested even when computer science itself remained of little interest. 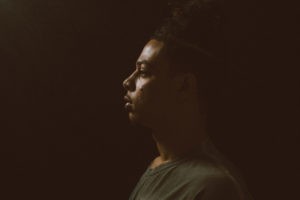 “The way I was being taught my whole life never applied. So, when finally getting here and not being criminalized for my behavior…that was a different approach. It was centered on how to educate a young black man who comes from here. [The staff] shared their stories and I could relate to them and their experiences. They let us know what they went through, what got them here,” says James.

That kind of leadership, one that was relentless in capturing his attention and holding it in the midst of personal obstacles, led to James finding a connection between his love of sneakers and technology. With help from others in the program, he expanded his self-taught endeavor of sneaker restoration into Fix My Kix, a digital marketplace for sneaker restorers and customizers around the country. His ultimate goal for the company is to teach inner city youth how to use sneaker restoration as an “environmentally sustainable hustle.”

The Hidden Genius Project has lived up to its name hundreds of times, leading to transformations of all kinds over the past eight years. Ultimately, it is the chance for participants to see themselves beyond their circumstances and be exposed to new opportunities­–providing access to a reality they could never have imagined before. CONTINUE STORY