A GOLDEN OPPORTUNITY: Two teens are developing an app to restore vintage sneakers — and keep them out of landfills

TWO YEARS AGO, JAMES GREEN dropped out of high school in the 10th grade. “I was getting caught up with doing negative things,” says James, who is now 18. “I wasn’t motivated in school. I was struggling and lost.” Then James discovered The Hidden Genius Project. The program, based in his hometown of Oakland, California, trains and mentors black male youth in technology, entrepreneurship, and leadership skills. “I decided to give it a shot — and it changed my life,” says James.

The skills James learned from the program helped him figure out how to use technology to turn a hobby he loves — collecting and restoring sneakers — into a business idea. He and a friend, who was also enrolled in Hidden Genius, began developing an app called FixMYKix. It aims to help “sneakerheads” — people who collect, trade, and admire sneakers — connect over the web to repair and customize their kicks.

Before joining Hidden Genius, James had never pictured a future for himself in a STEM (science, technology, engineering, and math) field. Unfortunately, he’s not alone. According to the National Science Foundation, less than 5 percent of all science and engineering workers are African-American. James, who returned to high school and is now a freshman at Merritt College in Oakland, hopes that his story motivates other kids like him to discover the importance of STEM.

Read the full issue by clicking the magazine below. 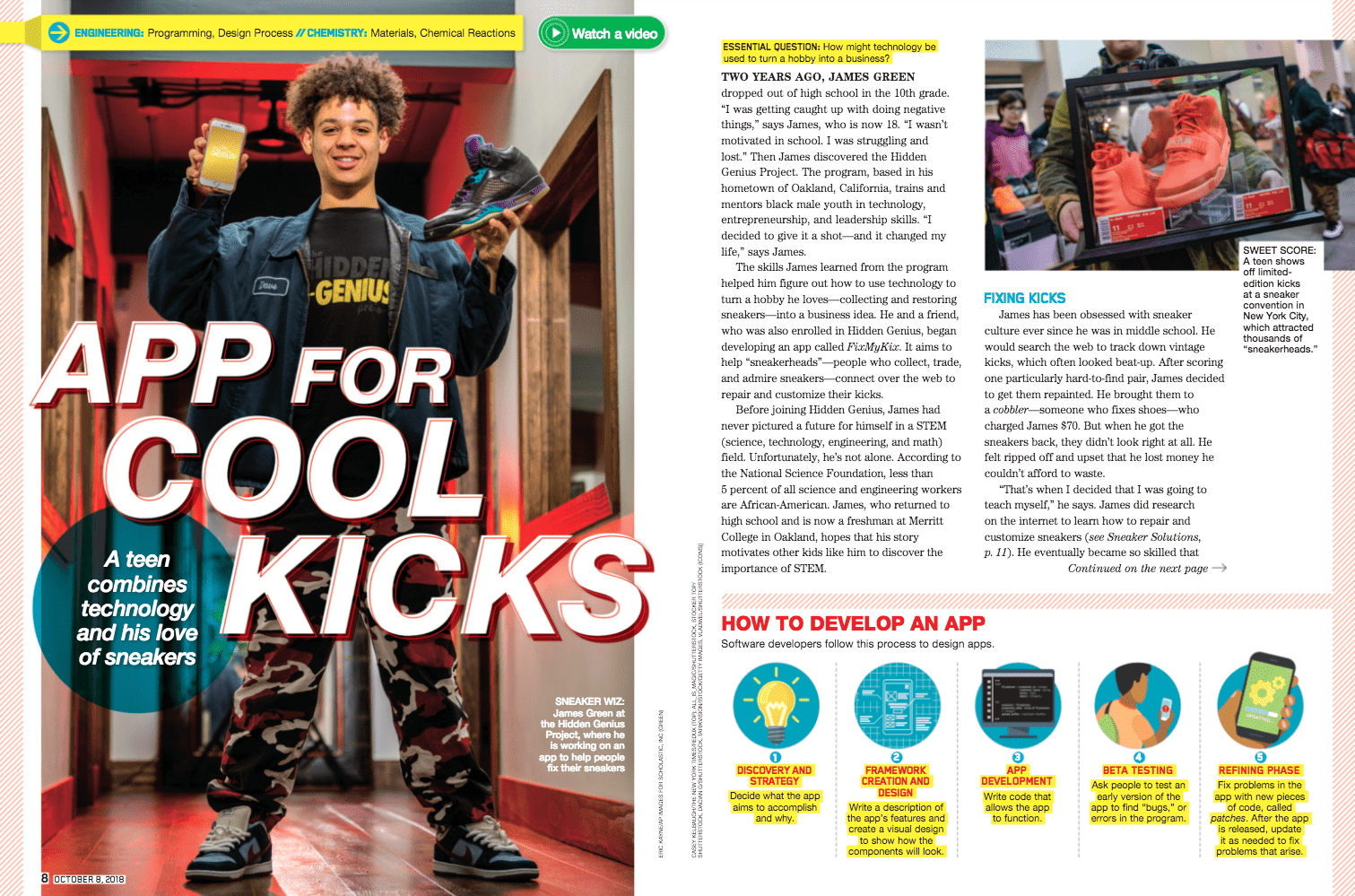 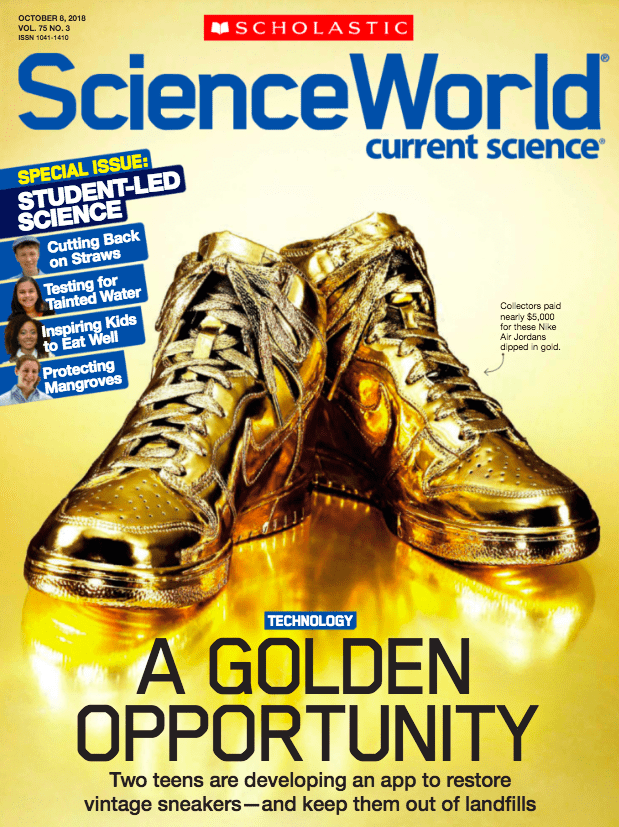 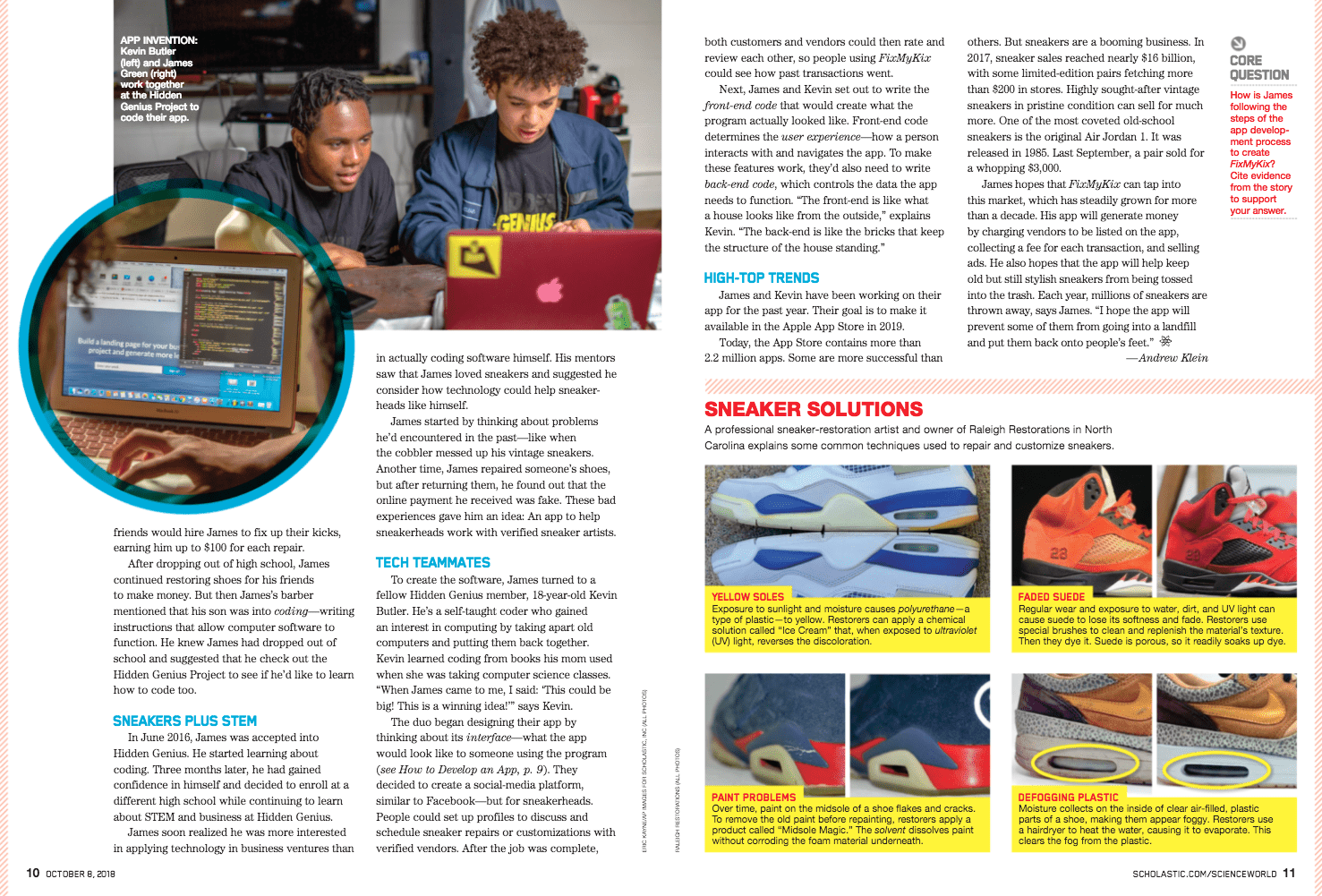