By The Hidden Genius ProjectMay 2, 2019No Comments

There’s no doubt that Black founders, developers, and investors are making great strides in the tech world—yet Black Americans are still vastly underrepresented in the industry overall.

Bloomberg’s Nico Grant writes that Black employees made up just 3.1 percent of all technical workers in 2017. That figure is backed up by recent reporting from the US Equal Employment Opportunity Commission, which says Black people make up seven percent of the country’s high-tech workforce—a number that gets even smaller when you look specifically at Silicon Valley, where Black Americans make up just three percent of the workforce.

But many groups are working to make tech more inclusive and equitable—specifically for the Black community. By advocating for Black coders, making tech education more accessible, and offering support and advice to Black founders, these 15 organizations are creating dedicated spaces in tech where Black technologists can grow personally and professionally.

All Star Code is an organization that teaches computer science skills to young Black men and aims to create “economic opportunity by developing a new generation of boys and young men of color with an entrepreneurial mindset who have the tools they need to succeed in a technological world.”

The organization was founded in 2013 by Christina Lewis, who was inspired by her experiences as a business journalist to create an organization that increases the representation of Black people in tech. By the end of 2018, All Star Code had served 433 young men—and the goal is to have served a total of 1,000 by 2020.

Black Female Founders is a global membership community for Black women in leadership roles within the tech industry. The organization aims to bridge the racial divide in tech by providing Black women with the information, resources, and opportunities they need to succeed as entrepreneurs.

Expert-led workshops, networking events, and introductions to venture capitalists are available to all members. The organization also amplifies the voices of Black women entrepreneurs and provides a platform where they can discuss the issues they face.

Black Founders seeks to empower Black tech entrepreneurs by creating an ecosystem of advice, mentorship, and funding. Founded in 2011 by Chris Bennett, Hadiyah Mujhid, Nnena Ukuku, and Monique Woodward, the organization’s mission is “to increase the number of successful black entrepreneurs in technology.”

To that end, the organization runs a number of programs. One of these is HBCUHacks, a weekend hackathon that gives students from historically Black colleges and universities (HBCUs) the opportunity to test their programming skills. Another is Ideas Are Worthless, a conference meant to inspire entrepreneurs to stop waiting and execute on their ideas.

Black Girls Code is a nonprofit that seeks to introduce a new generation of young Black girls to technology in general and programming specifically. The organization was founded by Kimberly Bryant, who was inspired to start and then lead the program by her own feelings of isolation as a Black woman in programming.

Black Girls Code was voted the 2012 Most Innovative Nonprofit by Bank of the West. Today, the organization operates across the U.S. and in South Africa, on a mission to train one million girls to code by 2040.

Blacks In Technology is a global network open to any Black woman or man who works in tech. It is the largest community and media organization dedicated to increasing the representation of people of color in the tech world. The organization is making good on this mission by creating events, activities, and media to serve as resources for and provide guidance to members. 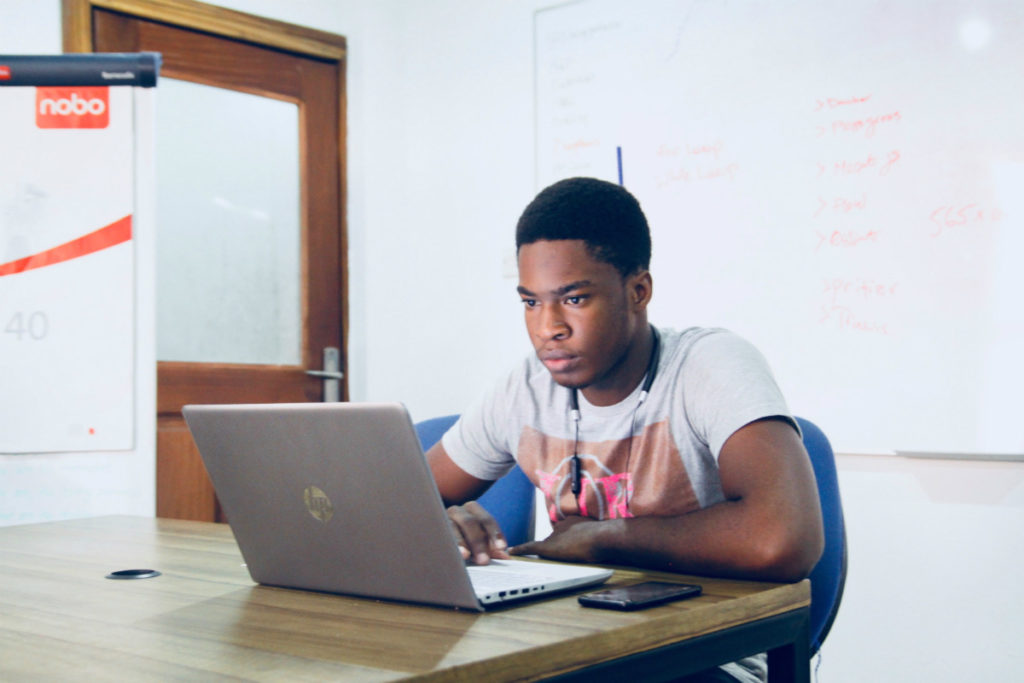 Black Tech Nation is the only organization committed to building a Black tech ecosystem in Pittsburgh. The chapter is open to any person of color involved–directly or indirectly–in STEM, from founders, to tech professionals, to parents of STEM students.

Black Tech Nation defines its strategy as “Gather. Connect. Affect.” Under that guiding principle, the organization runs local meetups, partners with tech companies to introduce new policies, and teaches Black students in Pittsburgh how to code. It was founded and is run by Kelauni Cook, a software developer and the co-founder of blockchain startup Distributed49.

Black Tech Unplugged is a podcast created to empower and inspire Black people in tech. It was created by Deena McKay, who was herself inspired to spread the word of Black achievements in technology after experiencing first-hand—much like Kimberly Bryant—the isolation that came with being a Black woman in tech.

In each episode of the podcast, McKay interviews a leading Black technologist about their accomplishments and current projects, how they got where they are today, and what aspiring professionals can do to follow in their footsteps.

Blacktech Week is an immersive weeklong series of events in Miami that brings together innovative young Black minds to learn, exchange ideas, and address common issues in workshops and discussions. This year, the event welcomed more than 40 Black speakers from the local community, including 1863 Ventures managing partner Melissa Bradley and Miami mayor Francis X. Suarez.

The organization also runs the nation’s only conference for Black women founders–the Roadmap to Billions conference–which offers entrepreneurs the chance to learn, network, and get access to funding opportunities.

Code2040 is a nonprofit that places software engineering students of color into internships at major tech companies and startups. The year 2040 is symbolic because it’s the start of the decade in which Black and Latinx people are projected by the US Census Bureau to make up the majority of the U.S. population. These groups together in fact already make up 30 percent of the U.S. population, yet only 10 percent of tech executives hail from either. Code2040 means to change this.

In just seven years, the organization has grown to more than 6,000 students, partners, volunteers, and allies. In 2017, 132 students were paired with companies seeking tech talent as part of the organization’s summer-long internship program. 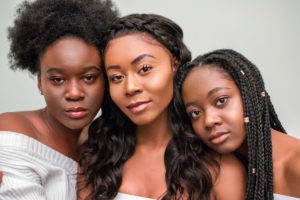 digitalundivided is a social enterprise that seeks to encourage women of color to own their economic security through innovation-focused entrepreneurship. Based in Atlanta and founded in 2013, the organization has since helped Black and Latina founders raise more than $25 million in outside funding.

digitalundivided also launched ProjectDiane, a biennial demographic study on the state of Black female founders. Data from this study informed the organization’s decision to launch its BIG Incubator program, which provides a direct pathway for women of color to enter the tech world.

/dev/color is a nonprofit networking organization that empowers Black software engineers to become industry leaders. The organization’s A* Program is an on- and offline community of like-minded Black software developers who grow their careers by learning from and supporting their peers. Whatever Black coders want to achieve—whether it’s finding a new job, learning a new skill, or starting a company—the /dev/color/ community can help them get there.

The Hidden Genius Project trains and mentors young Black men to become tomorrow’s tech leaders. It was founded in 2012 by five technologists who wanted to leverage the huge number of career opportunities to solve for high unemployment among young Black Americans. The organization’s approach is two-fold:

NewMe Accelerator is a one-week accelerator program that helps Black tech entrepreneurs turn their ideas into viable, profitable businesses. The organization was founded in 2011 by Angela Benton and today runs accelerators in five cities: Cincinnati, Columbus, Chicago, Indianapolis, and Miami. It has had a hand in the launch of more than 100 businesses that collectively have raised more than $47 million in funding. For entrepreneurs who can’t attend in person, NewMe also offers an online service that has helped train thousands of entrepreneurs worldwide.

#YesWeCode is a nationwide Dream Corps initiative aimed at helping 100,000 young men and women from underrepresented backgrounds find success in the tech industry. The organization was co-founded by CNN political commentator Van Jones and is led by Vien Truong. It runs a variety of programs to teach kids and teens the skills they need to succeed in tech. Those programs include hackathons; the #YesWeCode scholarship fund, which works to remove the financial barriers to a tech education; and a job training program called The Coding Corps.

Click HERE to read the full blog on FullStack Academy.